Today I had the opportunity to visit Monsanto’s Water Usage Learning Center in Gothanburg, Nebraska.

It was so interesting to learn about the research they are doing with fertilizer, water, drought resistance, weeds, etc. however there was one particular part of the farm that really caught my attention.
There was several strips of crops that my tour guide Robert explained are showing how productivity has increased over the last 80 years and even some examples of corn in its original grass form. I know the stats and try to use them, but to see them in actual for was so interesting.
The first plot was the amount of corn it took to make a bushel in 1930. It took about 580 square feet to make one bushel of corn (a bushel of corn is 56 pounds) 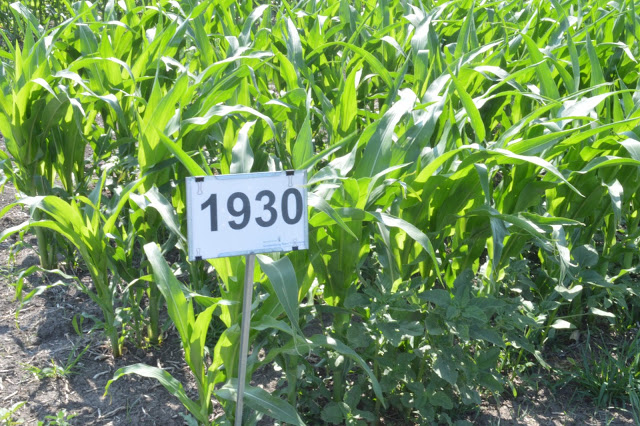 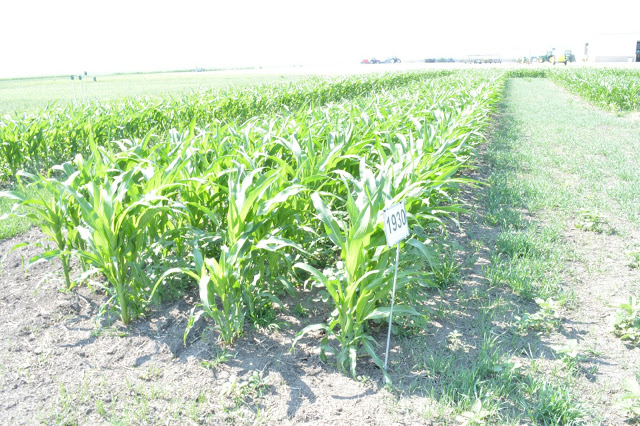 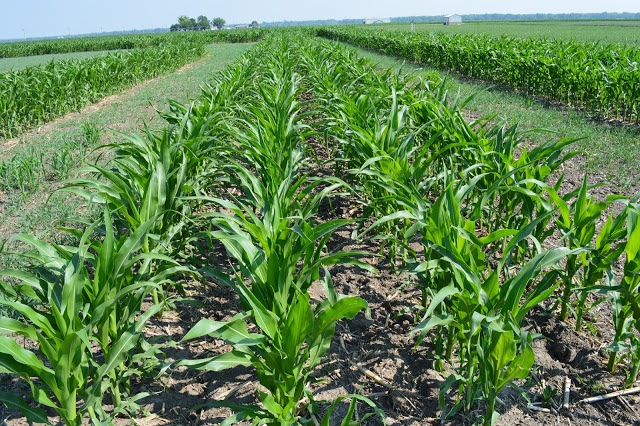 In the 1996 136 square feet was required for one bushel. This year was so important to agriculture as this is when RoundUp was introduced. It allowed farmers to spray their fields when weeds were present and not kill the crops they were growing. This not only took care of weeds, but is a conservation practice, farmers do not necessarily have to plow their fields anymore.

﻿Today farmers on average are able to get 165 bushels and acre and a bushel can be grown on only 104 square feet.

What’s next you may ask? By the year 2030 it is Monsanto’s goal for farmers to be able to produce 300 bushels and acre on only 56 square feet of ground! This is quite a feat, but things are heading in the right direction.

It is amazing when you look at the side view of these plots to see the difference form the 1930’s compared to today. 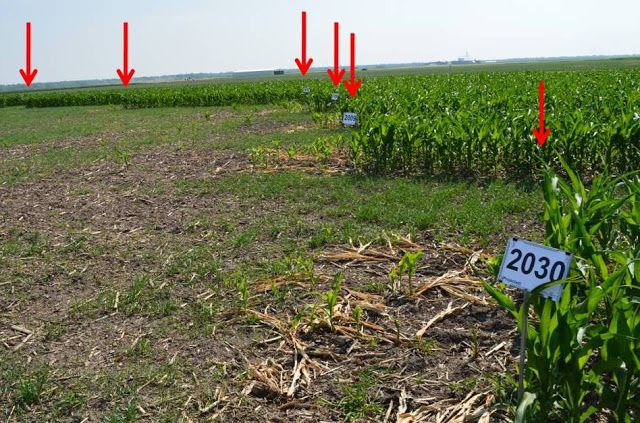 Farmers are efficiency experts. Today’s farmer feeds 155, what a difference from the 19 people fed by one farmer in 1940. They know exactly how to manage their crops in order to be productive. They know approximately how many plants are in their fields in order to be able to know how much fertilizer, water, pesticides, herbicides are to be applied if they are needed. They do not apply anything other than what is needed because it is costly and they have to be careful to conserve our natural resources. They realize more than anyone how important taking care of what the Earth has as more land will not be created

Doing more with less is not only with row crops but the livestock industry according to (www.plentytothinkabout.org)
For example, since 1944, annual production
of milk per cow has quadrupled in the United States,
32 which means we need
far fewer cows to meet the demand for milk. Consequently:
• Modern production of every gallon of milk requires 65 percent less water
and 90 percent less land than it did in 1944.
• 76 percent less manure is being produced for each gallon of milk sold.
• The “carbon footprint” for a gallon of milk in 2007 was 63 percent lower
than it was in 1944.
The story is very much the same for every pound of beef found in the meat case.
• We need nearly a third fewer cattle today to meet demand than we did in 1977.
• Each pound of beef produced in the United States today requires 14 percent
less water and 34 percent less land, and beef production generates 20
percent less manure than in 1977.
• The “carbon footprint” for each pound of beef we buy today is 18 percent
lower than it was a generation ago.

Less land is available today for production with the way our population is growing. ﻿So basically today’s farmer is having to do more with less. (I think this means farmers should go into politics). They are using less land, water and implements than they ever have and are more productive than ever.